IK Anchors are a system for modifying player animations. Players can be animated by setting their animationStance property, or by creating an Ability. IK Anchors allow creators to change the way specific joints move to create customized animations.

IK Anchors work with a specific set of points (bones) on the player models and have properties that allow creators to customize the way they move the player skeleton.

There are 5 different bones that IK Anchors can control:

The IK Anchor object can be found in the Game Objects section of Core Content, under Game Components. 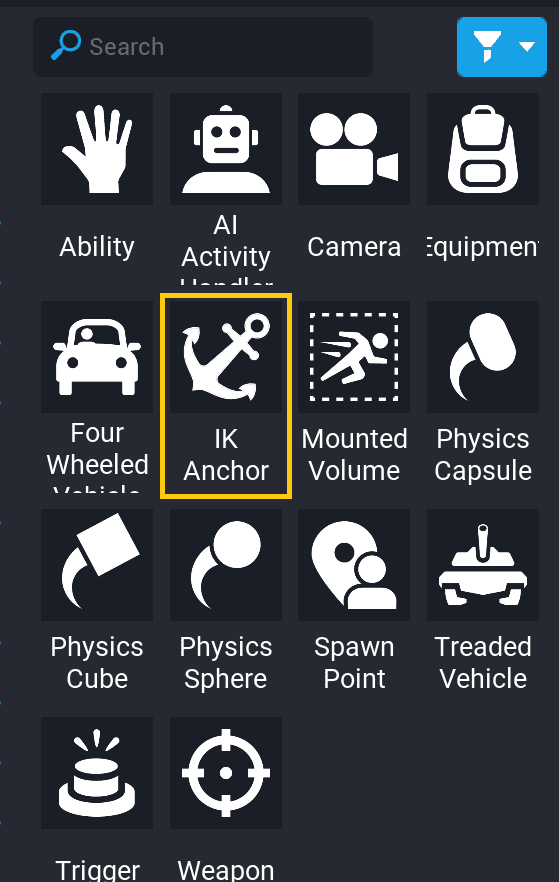 Select the IK Anchor and drag it into the Scene or Hierarchy to add it to the project. 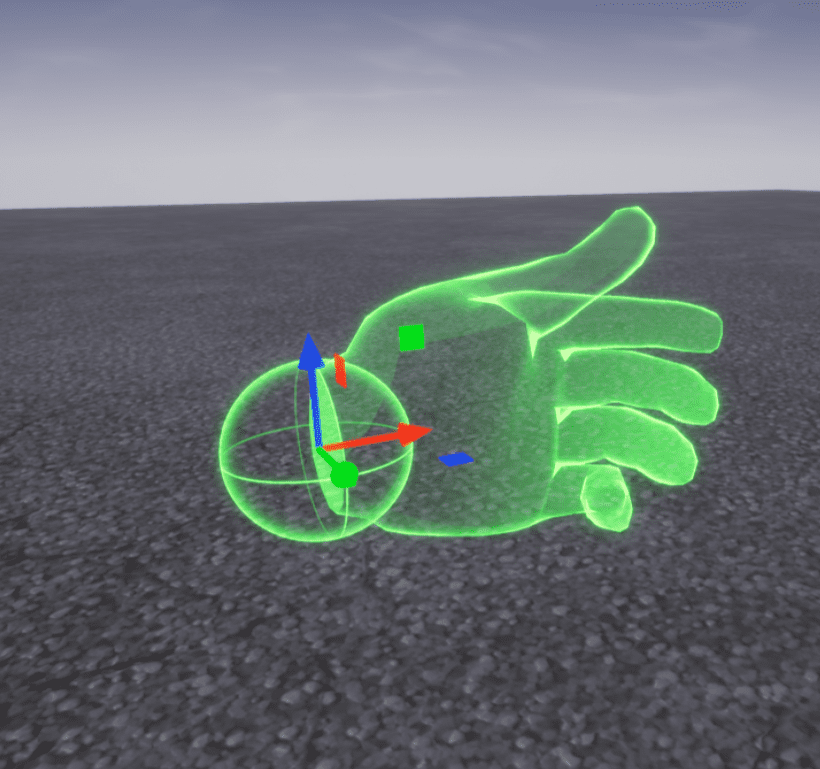 To make the IK Anchor object visible in the world, press the V key while it is selected. To make your IK Anchors always visible, select them and in the Properties window change Editor Indicator Visibility to Always Visible.

With the IK Anchor selected, open the Properties window. Change the Anchor Type property to match the bone that should be controlled. 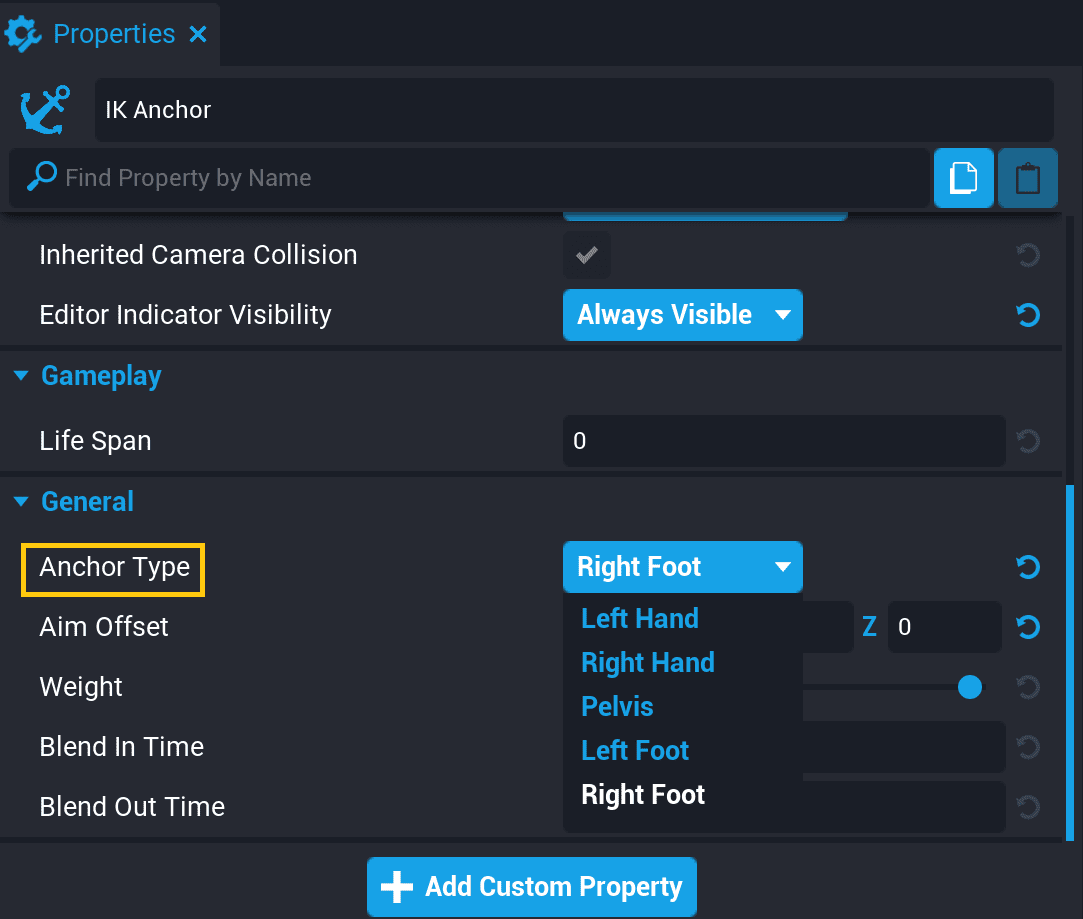 To make an IK Anchor start controlling a player's bone, call the Activate method with the target Player. See the IKAnchor API entry to learn more and see examples of ways to use IK Anchors.