The Physics Object is a CoreObject that has simulated physics to interact with gravity, players, and other objects. It also implements the Damageable interface. This means it has properties, events, and functions for objects which can take damage and die.

By default, a Physics Object placed into the Hierarchy is networked. This means all clients will see the same physics simulation on the object. Although this is essential in most games, networked objects are the most performance-expensive type of object. They should only be used if necessary for the gameplay.

For further optimization of networked objects, look at the dormancy feature which will make games more performant and utilize more networked behavior by only having certain networked objects replicate when needed.

A Physics Object's networking can be disabled and the object can be placed in a Client Context. This will cause the clients to see varying results when the object collides and simulates physics. It will also disable the object from receiving damage from networked weapons. Client-side physics is useful for visual effects similar to Debris Physics.

Physics Objects come with a child ClientContext that has a mesh shape. This mesh shape is only visual and does not affect the physics or collision of the Physics Object.

Physics Objects have two important sections in the Properties window: Physics and Damageable. 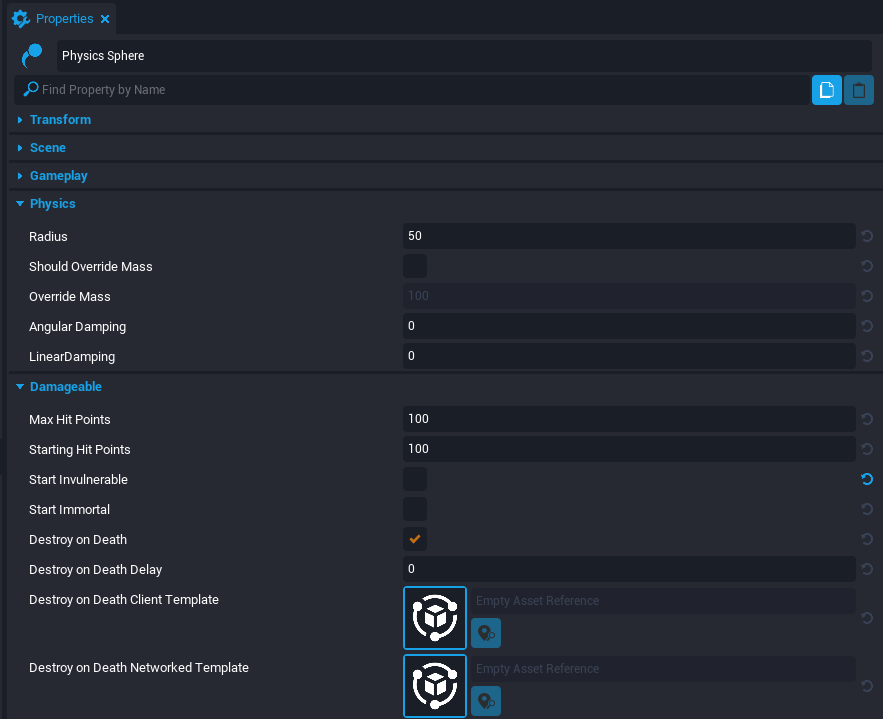 The Physics section has properties to change the physical attributes of the object. This can be useful for changing the collision shape's size or the speed of the object.

Physics Objects also implement Damageable properties. This can be useful to deal damage to the object and spawn a template when destroyed.

Physics Objects can be found in the Core Content under the Gameplay Objects section. There are three different shapes available: capsule, cube, and sphere.

Select a Physics Object and drag it into the Scene or Hierarchy to add it to the project. 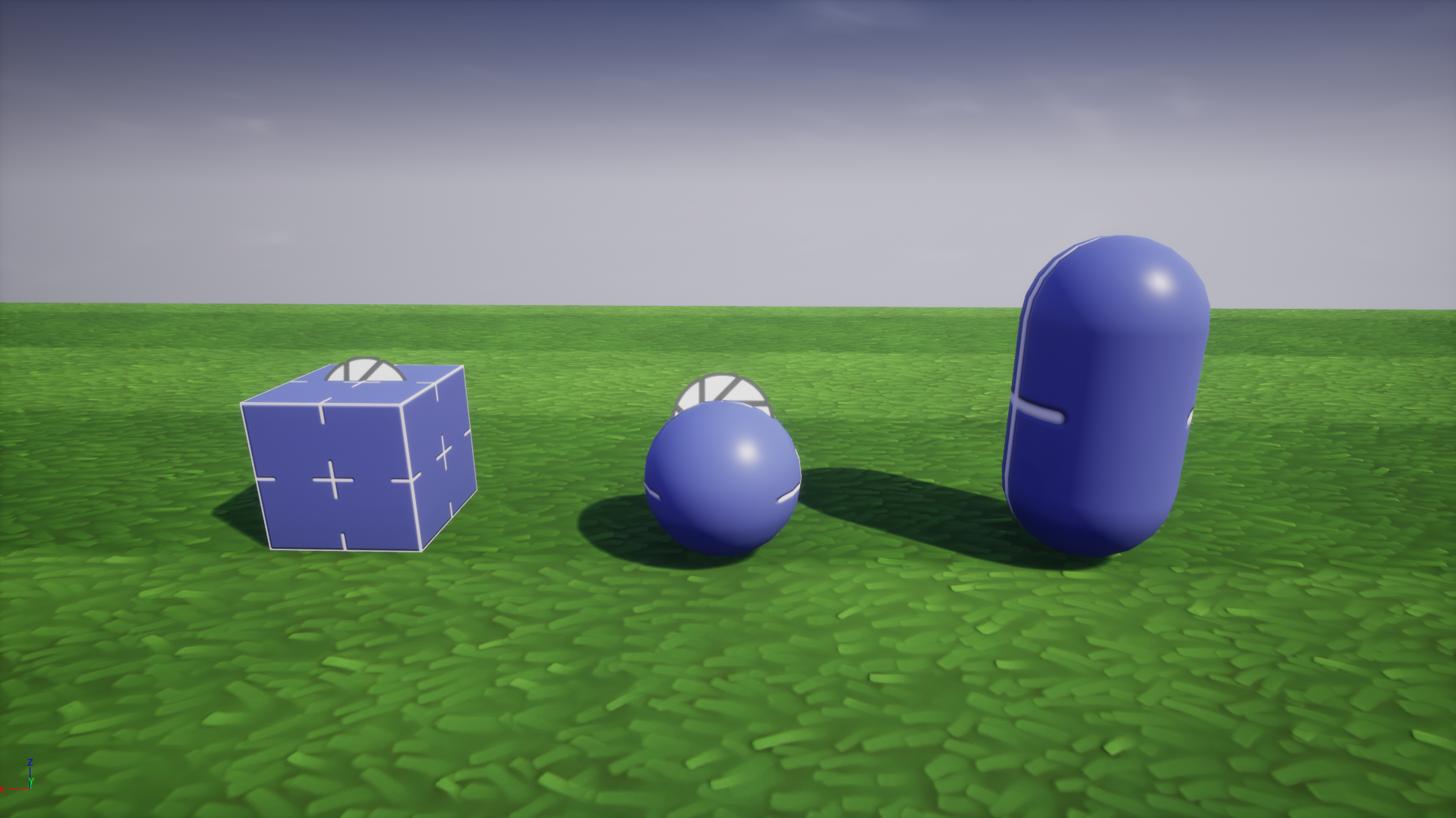 Make sure to move the entire Physics Object and not just the child shape to avoid separation of the collision and mesh.

Play the project in Multiplayer Preview Mode and notice the physics among multiple clients.